The Eras of the Internet 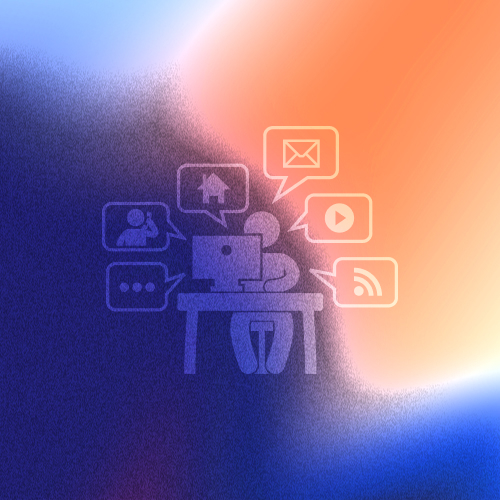 The internet has undergone a powerful transformation over the past few decades. Some consider it to be the greatest invention of the century, enabling people to instantly transmit value all over the world and creating a whole new set of products and services.

But it took decades for the internet to become what it is today: the most incredible aggregation of human knowledge and innovation. In this article we explore the 3 main eras of the internet, leading to today’s Web 3.0, which is revolutionizing current systems and enabling a greater degree of user interaction.

When the internet first came to life in the early 90’s, it was very different from where we are today. User engagement was substantially lower, content was searchable and everything was read-only.

Interacting with the internet was not common, and the first forms of advertising were banners on websites. Financial transactions based on the web were rarely done and people would rely on centralized entities for most processes online. People didn’t trust the internet yet, and sending large sums of money online was inconceivable. The level of distrust was so high that Amazon even received payment in the form of mailed envelopes with physical cash in them!

It was in 1998 that the web became connected through the most popular search engine in the world: Google. After this, people started truly adopting the internet, and the need for systems that enable more types of interactions between users became obvious. The internet started getting molded to serve more diverse purposes.

Just consuming content was not enough for a system that connects humans around the world. We needed the ability to communicate, and interact with each other. Web 2.0 brought exactly that - a way for people to talk to each other, transact, and sell goods & services online. This step truly connected the internet to the rest of our daily lives. The internet was no longer separate from the “real” world, but rather an essential tool for businesses and individuals.

Web 2.0 was the most significant innovation to date, and the internet’s uses became infinite. Not only were you able to buy things online and have them delivered to your door, but for the first time you could even build your own store in minutes, and be selling to customers around the world instantly. Payment processing online became world class, and new ways to exchange value through the internet were being explored. So far though, most value transfers on the internet were facilitated by centralized entities operating in government currencies. There was no native currency to the internet…until bitcoin.

Some consider bitcoin to be the birth of Web 3.0, but that’s up for debate. The truth is that bitcoin was a major milestone in that users were now able to independently send value to each other on the internet, without having to rely on payment processors and governments. Once cryptocurrencies gained public notoriety, and serious capital flooded the space, it was time for a new wave of applications built using blockchain technology. People wanted a way to own things directly online, securely and verifiably. Users were about to gain access to the most innovative layer of the internet: Web 3.0.

Web 3.0: The Internet of Ownership

In 2017, one of the first forms of ownership on the internet was brought to light: Cryptokitties. Dapper Labs invented a game where users could purchase, collect, breed and sell virtual cats. It is interesting how some of the most groundbreaking innovations often start as a cool little gadget, and the technology is thereafter applied to the rest of the world.

What was inherently different about this game was that users would own these cats in the form of tokens on the Ethereum blockchain, which was the first to offer en-masse access to secure tokenization. Over the next 5 years, the crypto world experienced its biggest cycle to date, and many of these projects were eventually laid to rest. But the underlying technology grew more than ever, and proved to be a highly scalable way to create and distribute value on the internet.

Nowadays, Web 3.0 is perceived by many as the next wave of digital innovation. Tokens backed by unique items are now called NFTs (non-fungible tokens). They can offer clients a wide array of benefits, from access to exclusive events and product drops to inclusion in virtual games and networks of people. Thousands of brands around the world are adopting NFTs to unlock new value for their customers, and find a new source of revenue. Since users have direct ownership of their NFTs, brands are essentially shortlisting their fans and offering them exclusive opportunities in a scalable fashion.

Web 3.0 is all about capturing value and transmitting it between users without intermediaries. The next wave of the internet is focused on digital ownership, with digital tokens being at the core of its operations. But the purpose of tokenization is not just ownership and tradability, but rather laying the foundations for a more immersive experience: the metaverse.

With one of the world’s largest companies changing its name from Facebook to Meta, and McKinsey (the world’s largest consulting firm) indicating the space will be worth trillions by 2030, the future is now clearer than ever. We are going to have a blockchain-centric internet. And similarly to previous versions of the web, those who join the space first will have the advantage.