Shaan is the Community Manager at ethos. He has a passion for building community and has been interested in blockchain technology from an early age. 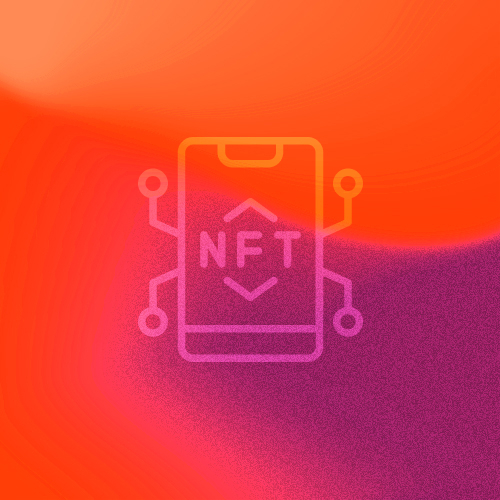 Let’s start by breaking down the word itself.

NFT stands for non-fungible token. The word “fungible” can be defined as an aspect of an item that allows for it to be easily interchanged with another identical item. When something is fungible, it is always of equal value to another identical item of its kind. For example, things such as the US dollar or Bitcoin are fungible, as one US dollar will always equal one US dollar, and one Bitcoin will always equal one Bitcoin. On the other hand, items that are “non-fungible” are things that cannot be interchanged with each other and are not always of equal value to each other. Things such as artwork, vehicles, and collectibles are all non-fungible, as each item has a unique amount of value associated with it. An original Picasso painting is not of equal value to the doodle you scribbled out during your lunch break, despite the two of those items being art.

According to Merriam-Webster, the word “fungible” can be described as “Being something (such as money or a commodity) of such nature that one part or quantity may be replaced by another equal part or quantity in paying a debt or settling an account.”

Every painting, car, and sports card holds a unique amount of value that is different from the next (non-fungible), yet every US dollar in the world is worth exactly the same amount (fungible).

In a technological world where “right-clicking and saving” is possible, it allows us to differentiate between those who genuinely own a digital asset and those who simply claim to own something. They exist and operate on top of a blockchain network, and due to each NFT having its own unique identifier (a “hash”), no two NFTs are the same. An NFT can be used to represent a wide variety of things, both virtual and physical, such as

To take it one step further, NFTs can also grant the owner of the token specific rights. For example, an NFT may offer a lifelong discount at a specific retailer, or it may grant the holder lifetime free access to a specific event.

NFTs allow us to verifiably digitally own something without having to rely on or trust an intermediary, which means that true digital ownership is now finally possible.

Why do NFTs matter?

NFTs are important because they’ve opened the door for true digital property ownership. For brands, this offers a new and creative way to provide genuine value to your customers, which encourages community-building and drives customer loyalty. NFTs allow for brands to have more creative control over their campaigns as they don’t have many limits in terms of what they can be used for. NFTs can be used to represent tickets, in-game collectibles, real-life collectibles, artwork, and many other things. Furthermore, you can even grant certain rights or privileges to those who hold your brand NFT.

For example, in May of 2022, The Chainsmokers released 5,000 free NFTs targeted toward their fans. The entire NFT collection was aimed at giving away 1% of all ownership rights over their upcoming album, with each NFT holder effectively owning 0.0002%. In addition to the monetary benefits of holding the token, such as a portion of the cash flow generated by the album, owners of the NFT will also be granted access to a private Discord server, priority access to ticket sales and merch, and will also be able to partake in a variety of exclusive giveaways throughout the year.

This is an excellent example of how NFTs allow brands to provide genuine value to their customers; rather than sending their fans an e-mail with early access to ticket sales or a coupon code for their upcoming tour, The Chainsmokers are directly delivering value through things such as exclusive monetary benefits, access to an exclusive community, and various tangible items such as merchandise or VIP tickets.

Here are a few other examples of brands that have embraced NFTs;

NFTs are set to revolutionize the way we approach digital ownership by allowing value to be distributed in new, unique, and engaging ways. They allow for a disintermediated connection to be established between the receiver and the issuer of the NFT, which ultimately creates a unique and intimate funnel of value.

According to McKinsey, the Web3 space is estimated to be worth trillions by 2030, and the time has never been better to get involved in this new and emerging space.